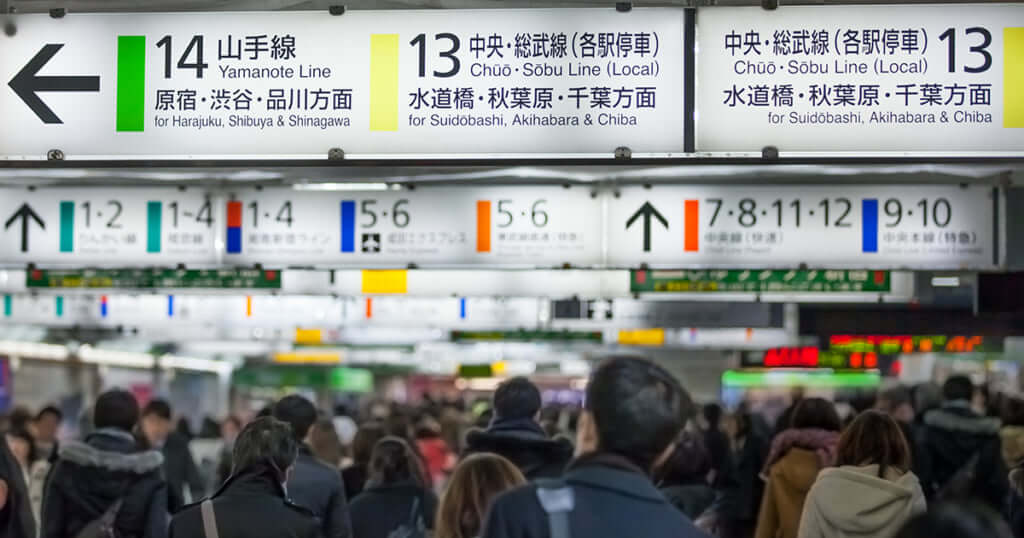 Even though I have been to Japan many times, I still get confused at their train stations because there are so many platforms and trains coming and going at the same platform.
If I want to be check whether a train goes to a specific station, like Shinjuku, how do I say it?

You can simply put the subject kono densha (this train) in front to ask this question. Train stations can be rather confusing to both first-time and even veteran travellers to Japan.

Futsuu (local) trains refer to those that stop at every station; kyuukoo (rapid) trains stop at certain stations, and tokkyuu (express) trains only stop at major stations.

As such, even though the platform may say that a train arriving at that platform is toward the direction of a specific destination, it may not stop at the station you want to alight.

You need to check carefully before you board the train.