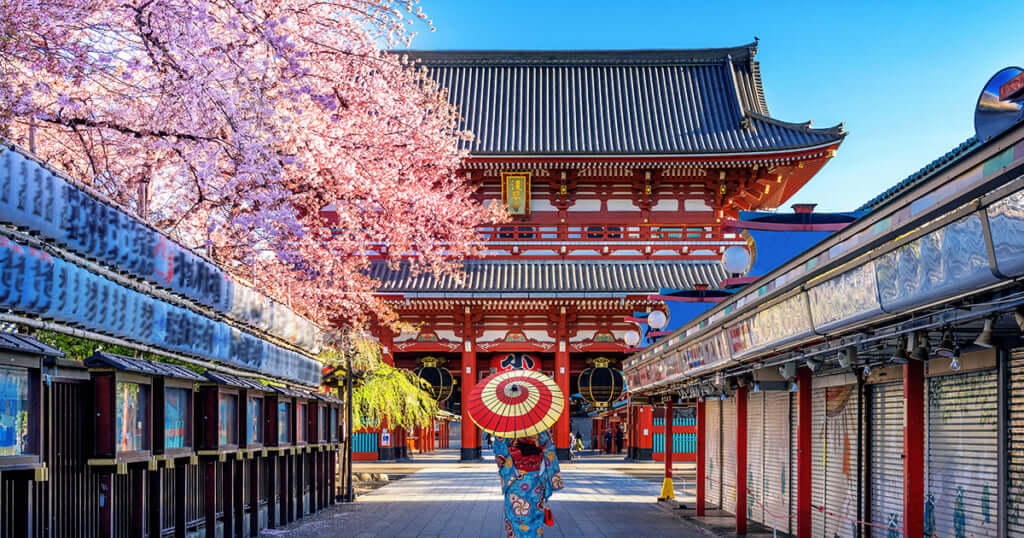 Question
I was visiting the Sensoji temple at Asakusa, where they were a lot of tourists. Many people were taking photos at the iconic Kaminarimon.

I also saw some Japanese students on school trips there. One of the students approached me and asked whether I could help him take a photo of himself and his friends.

How do I say “Say cheese” in Japanese?

According to a survey* done by Nifty, a leading internet service provider in Japan, in 2012, the most common expression Japanese use when taking photos is “Hai, chiizu!”.
This expression is similar in meaning to “Say cheese”. Cheese is actually pronounced as Chiizu in Japanese. Thus, you can also use the English phrase “Say cheese” as it is.

Sometimes, people also say Ikimaasu before saying Hai, chiizu! The word Ikimasu literally means “to go” which in this case, means the photographer is going to take your photo.
When you say Ikimaasu, you have to drag out the maa sound. Try it out next time when you take photos.